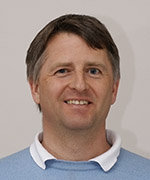 Andreas Krall is a Professor of Computer Science at the Vienna University of Technology. His research focus is on compilers, virtual machines, logic programming, programming languages and computer architecture, where he has published more than 100 technical papers. He is well known for his work on dynamic compilation within the CACAO Java Virtual Machine and the Vienna Abstract Machine, an abstract machine for logic programming. His current research activities are in the field of compiler and processor specification and verification. For seven years he led the Christian Doppler research laboratory “Compilation Techniques for Embedded Processors” which is jointly funded by industry and government. He was visiting professor at the University of Geneva, Switzerland, the TU Chemnitz, Germany, and the University of Sydney, Australia. For his contributions in the field of logic programming he received the Heinz Zemanek award of the Austrian Computer Society. Professor Krall received his Ph.D. from the Vienna University of Technology.