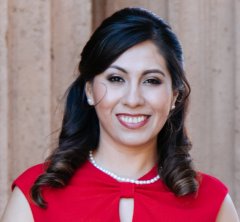 In recent years, she has been working on characterization of advanced parallel features such as nested parallelism and concurrent kernel execution on modern GPU architectures. Her characterization has contributed to efficiently exploit GPU architectures and provide a framework to identify bottlenecks that can be improved through the exploitation of nested parallelism and concurrent kernel execution.

Dr. Nina-Paravecino was instructor of the GPU Parallel Programming course at Northeastern University during Spring 2016. She provided lectures of the CUDA Programming model, from execution model to advanced parallel features. She also has mentored undergrad/grad students from the ECE deparments.

Dr. Nina-Paravecino has been part of Women in Computing, and Latinas in Computing. She was a PC member for Latinity, first conference of Latinas in Computing, held in Chile in 2015. Dr. Nina-Paravecino was a student council member at the University of San Antonio Abad of Cusco in 2004. She graduated with summa cum laude from University of San Antonio Abad of Cusco, and achieved the best grade for her undergrad thesis. She was a Grace Hopper Scholar in 2013, and Facebook-GHC scholar in 2016. Dr. Nina-Paravecino has been featured in NVIDIA “Women and CUDA” in 2015, and she received the best poster award at the High Performance Computing Day at University of Massachusetts - Dartmouth campus in 2016, and she was recognized as an outstanding research assistant for her contribution during her Ph.D. program at Northeastern University in 2017. Currently, she is working at Intel Corporation as part of the team to develop freeD technology.